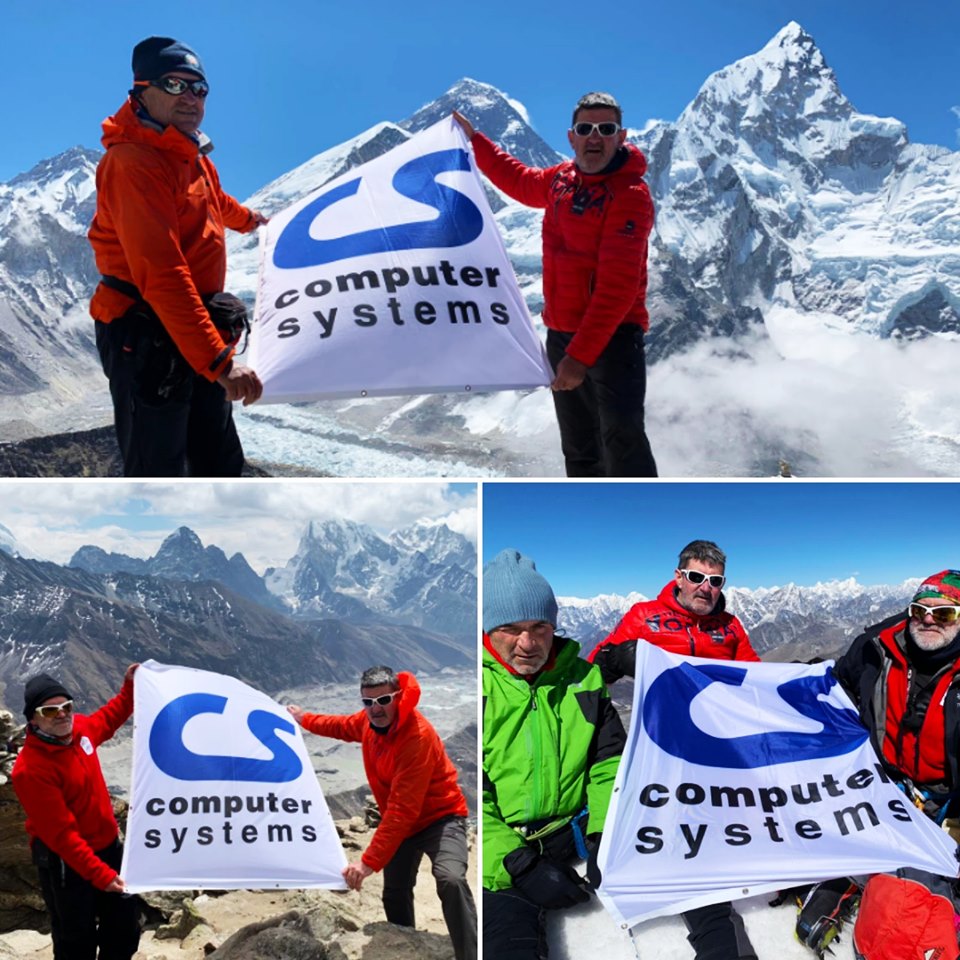 We, at CS Computer Systems are always striving to reach new heights. Today, these words got an added meaning to it! Thanks to our friends, Stipe Božić and Vedran Mlikota we got a wonderful gift for our 30th anniversary. Our CS flag reached the peaks of the Himalayas! It doesn't get much closer to the actual top of the world than this.

In 1979 world-famous Croatian alpinist, Stipe Božić climbed the Mount Everest for the first time. He accomplished the same feat 10 years later in 1989, the same year CS Computer Systems was founded. Today, 40 years after the first climb Stipe, our friend Vedran Mlikota and several others returned to the Himalayas to mark the anniversary.

The climb also included 3 stops shown on the photos: the Gokyo Ri peak (5357m), Kalapathar peak (5550m) with Mount Everest in the background, and Imja Tse peak (6189m). We are so proud to have those wonderful moments captured. Congratulations on the brave team of women and men on this great accomplishment! Bravo! #CS #IT #reachingnewheights#CSComputerSystems